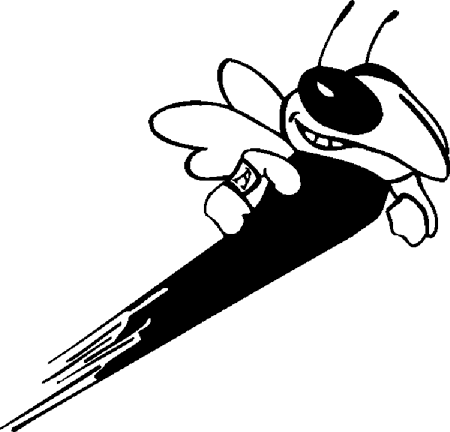 Athletic Code
School District
Wauzeka-Steuben
2012-2013
2012-2013 (Changes/Updates/Reminders)
• A student’s record for code violations goes into effect immediately upon signing this athletic code, no matter the grade
level or age of the athlete and stays with them through high school.

• Parents and athletes need to look over the chain of command on the back of this front page.

Issues regarding practices, team issues, individual issues, playing time must follow this chain of command steps if problems are
to be resolved in a timely manner.
1. Coaches must be made aware of any/all sports related issues first and allowed to handle/address them.
2. Contact the Athletic Director (Ron Kucko at ext. 217) after the issue(s) was brought to the coach’s attentions first and only if
the issue was not resolved or finalized. Mr. Kucko will not address issues until the coach is allowed to address it first. 3. Contact the Principal (Robert Sailer at ext. 214) after steps one and two were taken and the problem was still not Clothes, Purchases, & Fundraising Questions.
Items the athlete/parent(s) are responsible for:
Any items like socks, gloves, baseball hat (if not same design from year before), shoes/cleats, etc…and any extra item an athlete wants and is allowed to use by the coach, administration, or WIAA at their own cost. Athletes are also financially responsible for the upkeep and safe return of all district uniforms/items received during their playing season.
All team t-shirts, non-district uniform/clothing, fundraising, and any coach/team want are NOT, repeat NOT
mandatory.
An athlete’s playing time or ability to participate in a sport is not based upon fundraising or extra clothing. Coaches and athletes are to focus on their team, their sport, good sportsmanship, and having fun. Busing
Policy Code: 6370, section #1, sub-section C Weather permitting, students who live in Steuben and participate in extracurricular competition against Seneca, Kickapoo, La Farge, De Soto or North Crawford may have a drop off point in Steuben if a written note from the student’s parent/guardian is given to the advisor, coach, or athletic director before the first game of each sport. If weather is of any concern, the decision to transport these students to Wauzeka is at the bus driver’s discretion. All open enrolled students and their parents must be aware of all WIAA rules and regulations on eligibility or ineligibility. This athletic code includes the rules and regulations warranted by the WIAA for participation. If you have any questions, you may call: WAUZEKA – STEUBEN SCHOOL DISTRICT
ATHLETIC CODE OF CONDUCT
Philosophy of Athletics
Athletics will help students develop skills which will be used throughout their life. These skills include goal setting, self-discipline,
time management, team work, and leadership.
1.
The administration and coaches expect more from those students who represent our school as participants in any athletic activities. The statements in the code are not arbitrary. All parts of the code will be enforced to the letter. Always keep in mind that participation in any activity is a privilege, not a right. In order to retain that privilege, you, as a participant, must abide by these rules and regulations. Conduct of participants is expected to be beyond reproach. You are expected to set an example for the rest of the student body. This code is in effect for 12 months per year and covers all athletes, managers, & statisticians.
Academic Eligibility
The student must be considered a full time student and must pass (D- or above) all courses in which he/she is enrolled.
Part 1: One (1) F Grade during the most recent quarterly grading period: The student will be declared ineligible for a minimum of
twenty (20) calendar days. During the period of ineligibility, a student must attend all practices and games with the team. After the
twenty (20) calendar days, eligibility reinstatement requires that the student be passing ALL classes for which he/she is enrolled. If
after twenty (20) calendar days the student is not passing, the period of ineligibility will be continued until passing grades are attained.
Part 2: Two (2) or more F Grades during the most recent quarterly grading period: The student will be declared ineligible for a
minimum of forty (40) calendar days. During the period of ineligibility, the student must attend all practices and games with the team.
The procedure for becoming eligible will be the same as outlined in Part 1.
If a student is academically ineligible for a fall sport which begins before school starts, practice days will count toward the number of
days of the ineligibility period until school begins. The student has to miss at least one contest in this scenario.
Incompletes shall be considered an "F" and the student will be academically ineligible for the above-mentioned time (20 calendar
days). The student has two weeks to turn the incomplete into a passing grade. If after the two-week period the grade is still an
"incomplete," the grade will be considered an "F".
The academic ineligibility period will begin when all grades are verified through the athletic director. This may not be the same day
the quarter ends and is subject to change due to absence of teacher.
Summer school remediation is for academic progress only. Students who receive failing grades will be required to serve the full
ineligibility term. Per Board Policy 3510 Co-Curricular Code of Conduct, summer school remediation will not reduce the length of
ineligibility term.

Second Offense: Suspended for 2/3 of the season
Football-

All suspensions covered in the alcohol, tobacco, and other drug violations begin the day the student is notified by the athletic director
and not the day the letter is sent home. Days between the end of one sport season and the beginning of another sport season will not
be counted toward the suspension.
Attendance Policies:
1.
Students who have an unexcused absence, either for a full or part day, according to the district’s Attendance and Truancy Policy 5113, will be ineligible to participate in a contest or practice on that specific day or attend any events. Students who are late for or miss school after an evening competition for reasons other than an excused absence will not be allowed to participate in the next event. If a student is ill and because of the illness misses any part of the school day, the student will not be allowed to attend practice or participate in competition that day. Appeal Process:
A student and his/her parents have a right to the appeal process procedures when appealing decisions relating to eligibility regarding
sports. If you believe an error has been made in the ineligibility decision, the athlete must first contact the athletic director or principal
as soon as possible, but no later than 48 hours after the initial decision. The athletic director will convene the Athletic Board as soon
as possible to review the decision and to hear the actual appeal. A decision on the appeal will be issued as soon as possible but not
more than 24 hours after the appeal. A majority of the Athletic Board members must be present in order to take action. The members
of the Athletic Board will include the following: High School Principal, Athletic Director(s), All Head Coaches: Except the coach
whose athlete is involved will be excluded.

Appeal of the Athletic Board's decision to the Board of Education is also possible within 10 days after the decision of the Athletic
Board provided there is new evidence not previously presented. During the appeals process, the athlete will remain ineligible.
Equipment:
One of the values of extracurricular activities is to teach responsibility and this should apply to the care of all equipment and school
facilities. The school attempts to provide the best in safety equipment. We expect you to care for the equipment that is loaned to you
as if it were your own. You are expected to return the original equipment issued at the close of the season. You will be held
financially responsible for any equipment issued to you that is lost, misplaced, or stolen.
Detention/Suspension:
If placed on detention the student is required to fulfill the detention obligation before his activity obligation. After serving the
detention the student may report to his scheduled activity. If the student is serving an in-school or other suspension for the day, he
will not be allowed to attend the scheduled activity, whether it is practice or an actual game. Each individual coach can enforce his or
her own team's rules once the athlete returns to practice.

Awards:
In the Wauzeka-Steuben School District, for any student to be eligible for recognition, the season must be completed in good standing.
This means that the athlete must finish the sports season started unless there are extenuating circumstances. Also, the athlete cannot
have any violation of the following: alcohol, drugs, tobacco, or academic ineligibility. It is the responsibility of the individual coach
to determine what member of their team will letter. It is expected that the coaches will inform their squad before the first contest as to
what the requirements will be to earn a letter.

Honesty Clause:
If a student is not honest during an investigation, that in and of itself provides for an additional penalty and may move the student to
the next level of discipline for their untruthfulness.

Self-Reporting Clause:
A student who demonstrates a high degree of personal integrity by self-reporting his/her violations of a major rule will receive a 50%
reduction in the penalty assigned. Calculations for this penalty reduction will be subjected to a standard upward or downward
rounding to the nearest whole. The self-reporting must be to a school official (Principal, Coach, Athletic Director(s), etc.) by 9:00
a.m. of the first school business day following the violation. The self-reporting clause may only be used once in junior high and once
in high school.

Alcohol Testing:
All students at the school are subject to taking a breathalyzer test if there is a reasonable suspicion of use. If a student refuses to
cooperate, they will be considered guilty of alcohol use.
The Sheriff’s Dept. can give breathalyzer tests without parental consent.

Felony/Criminal Act Clause:
Any student convicted of a felony with an authorized penalty of incarceration under the laws of the State of Wisconsin shall be
rendered permanently ineligible from participation in all athletic events.
The athlete can ask for consideration of reinstatement after one full calendar year of ineligibility.

Coach’s Rules
Nothing in this document shall be deemed as to eliminate a coach from establishing additional rules concerning student conduct
during the season. Any rules established by the coach must be in writing and handed out to the student and their parents/guardians and
administration, signed and returned, prior to the established starting date for the earliest competition in that season. Student
cooperation, which conforms to any rules designed by the coach, is required to maintain eligibility in that specific activity. These
rules must also be in concordance with the athletic code and all other district policies.
Date Adopted: 7/19/1999
Date Revised: 7/18/2005
Date Revised: 6/19/2006

This form must be completed and submitted to the Athletic Director prior to a student being declared eligible to practice
and/or compete.