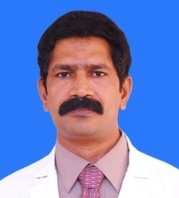 International Journal of Pharmacy Research (2012), 1(1), 1-3 www.sirejournals.com ISSN 2319-4855 (Online) SIMULTANEOUS SPECTROPHOTOMETRIC ESTIMATION OF
NAPROXEN AND ESOMEPRAZOLE MAGNESIUM BY AREA UNDER
CURVE METHOD
1Department of Pharmaceutical Analysis, Adhiparasakthi College of Pharmacy, *Corresponding author: [email protected] ABSTRACT
A new, simple, economical, precise and accurate spectrophotometric method has been developed for the simultaneous estimation of Naproxen and Esomeprazole magnesium in their granules. The Area under curve method in which the wavelength ranges 234-224 nm and 307-297 nm is used for the estimation of the drugs based on two simultaneous equations. Both the drugs and their mixture obey Beer-Lamberts law at selected wavelength ranges at given concentration range. The result of analysis has been validated statistically and recovery studies confirmed the accuracy of the proposed methods. Key Words: Naproxen, Esomeprazole magnesium, Area under curve method.

1. INTRODUCTION
Naproxen, (2S)-2-(6 Methoxynaphthalen- 2-yl) propanoic acid is a non steroidal anti- Pharmacopoeia, 2009). Spectreophotometric and inflammatory drug (NSAID) commonly used for the reduction of pain, fever, inflammation and individual drug formulations. To the best of our knowledge no simple, rapid, easy and economic osteoarthritis, kidney stones, rheumatoid arthritis, analytical method like UV spectrophotometric has psoriatic arthritis, gout, ankylosing spondylitis, been reported for their combination, till date.The menstrual cramps, tendinitis, bursitis and primary present work describes the development of dysmenorrhea. It works by inhibiting both the spectrophotometric method for simultaneous magnesium, Bis (5-methoxy-2-[(S)-[(4-methoxy- magnesium. The method described herein, is 3, 5- dimethyl-2- pyridinyl) methyl] Sulfinyl] - 1 simple, accurate, precise and economical with the H - benzimidazole - 1- yl) magnesium trihydrate is advantage that there is no need of prior separation a proton pump inhibitor used in the treatment of of both the components, for carrying out their dyspepsia, peptic ulcer disease, gastroesophageal reflux disease and Zollinger-Ellison syndrome. The combination is indicated for the relief of signs and symptoms of osteoarthritis, rheumatoid 2. MATERIAL AND METHODS
arthritis and ankylosing spondylitis and to decrease the risk of developing gastric ulcers in Schimadzu UV 1700 spectrophotometer was patients at risk of developing NSAID associated used for the experiment with 10mm matched gastric ulcers. The official method for independent determination of naproxen is by titrimetry(British Pharmacopeia,1993) and that for esomeprazole All rights reserved (2012) Society for Integrated Rural Empowerment International Journal of Pharmacy Research (2012), 1(1), 1-3 www.sirejournals.com ISSN 2319-4855 (Online) Reagents and chemicals further diluted to get the concentration in the Analytically pure samples of Naproxen and Beer’s range. The area of the resulting solution at Esomeprazole magnesium were kindly supplied 234-224 nm and 307-297 nm was measured and these values were substituted in the simultaneous pharmaceuticals respectively, and used as such. equations to get the concentration of both the Preparation of synthetic mixture (Granules) Esomeprazole-20 mg. So, considering 750 mg as the total weight of tablet, the formula for the preparation of Granules equivalent to 50 tablets A1, A2 = the area of the sample solution at two ax1 and ax2 = area of naproxen at 234-224 nm and ay1 and ay2 = area of esomeprazole magnesium at Microcrystalline cellulose - 170 mg (22%) 234-224 nm and 307-297 nm, respectively. Cy = concentration of esomeprazole magnesium. Area under curve method (Vishnu P and Vikram The accuracy of the method was checked by recovery studies, by addition of standard drug For Area under curve method, the specific solution to pre-analyzed sample solution at three wavelength intervals were selected for both the different concentration levels (80%, 100% and drugs from their zero order spectras, 234-224 nm 120%) within the range of linearity for both the was chosen for the estimation of naproxen and drugs. The intra day and inter day precision 307-297 nm was chosen for the estimation of studies were performed at the test concentration of esomeprazole magnesium. For the analysis of both the drugs by doing the assay three different Naproxen and Esomeprazole magnesium by the times in the same day and at three different days. proposed method, methanol followed by Borate Ruggedness studies were performed with two buffer (pH-9.0) is chosen as the best and economic solvent. So it was decided to prepare drug solutions in methanol followed by dilutions recovery studies, precision studies and ruggedness with Borate buffer (pH-9.0).From the standard studies were validated by statistical evaluation. stock solutions (50mcg/mL) of both the drugs, linearity studies were performed between the 3. RESULTS AND DISCUSSION
concentration range of 1.0 to 6.0 mcg/mL for both The correlation coefficient for both the wavelength ranges for both the drugs was drugs was found to be 0.999. This indicates that both the drugs obey Beer’s law and they were linear at the selected concentration range. The concentration in x axis and area in Y axis. percentage purity of granules was found to be Standard stock solution of the granules 99.43 ± 0.5994 and 100.56 ± 1.3945 for Naproxen and Esomeprazole magnesium, respectively. The magnesium was prepared in specified solvent and All rights reserved (2012) Society for Integrated Rural Empowerment International Journal of Pharmacy Research (2012), 1(1), 1-3 www.sirejournals.com ISSN 2319-4855 (Online) results of the assay, recovery studies, precision and ruggedness studies were shown in table -1. Table1: Results of assay and validation parameters of naproxen and esomeprazole magnesium granules % Estimated*
Recovery**
Inter day***
Intraday***
Analyst 1*
Analyst 2*
*mean of six observations, ** mean of nine observations, *** mean of three observations validation parameters of the proposed method proves that the method was simple, accurate and precise. So the method can be used for the routine analysis of the both the drugs in combination. simultaneous determination of Dutasteride and Tamsulosin in combined tablet dosage ACKNOWLEDGEMENTS
providing samples of pure drugs for the study. its application to uniformity of content in Tablet and Capsule. International Journal REFERENCE
of Pharmaceutical Sciences Review and Research (2010), 2(2). 63-67. International edition, Office of British 2. The United States Pharmacopoeia Volume International Journal of Pharmaceutical Sciences Review and Research (2010), Pharmaceutical Excipients. 4th edition., Pharmaceutical Association (2003), 108,
354, 603, 641.
All rights reserved (2012) Society for Integrated Rural Empowerment

You may experience fatigue, dizziness or If you have any questions please ask your headaches drink plenty of fluids to relieve Polyps are little growths which arise from the lining of the bowels. Some may progress and change as they grow, therefore removal is necessary to prevent them turning cancerous. Polyp removal is achieved by looping them with a snare and cutting through the lining