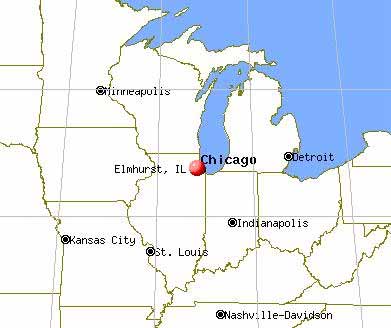 The Elmhurst SVCs
Dynamic reactive power support for Northern Illinois
In November of 2008 Siemens Energy, Inc. was awarded a turnkey contract for two (2) 138 kV Static Var Compensators (SVC’s) by Commonwealth Edison Company (ComEd) for the Elmhurst Substation, located a few miles south of the O’Hare International Airport in Chicago, Illinois. The installation of the Elmhurst SVCs will contribute to the stabilization of the Northeast Subzone (NESZ) within ComEd’s heavily populated northern Illinois service territory. This will be the first (1st) SVC that ComEd has awarded for installation in their system. Siemens’ SVC experience in the USA

Since 2006 Siemens has successfully designed, built and
commissioned a number of HV SVCs in North America.
These projects include Devers station (Palm Springs, CA)
Porter (Houston, TX) Nine mile station (New Orleans, LA)
and most recently in the Center Point Energy system’s
Bellaire & Crosby stations (Bellaire City and Baytown, TX).
Commonwealth Edison awarded their first SVC project
located at their Elmhurst substation to Siemens Energy
Inc., Energy Transmission, E T PS, in part based upon the
favorable recommendations from our US client list and
secondly, as the result of the highly reliable and
competitive solution offered through our consortium
partnership with Beta Engineering, LLC. (Pineville, LA) in
which Siemens has an 18 years working relationship with
on HVS projects in North America.
Fig. 1: The Elmhurst-substation in Illinois
Project Details
Commonwealth Edison Company (ComEd) is a unit of the Chicago-based Exelon Corporation (NYSE: EXC), one of the
nation’s largest electric utilities. ComEd is an energy delivery company and provides service to 3.8 million customers
across northern Illinois. ComEd owns more than 90,000 miles of power lines that deliver electricity to homes and
businesses in this area.
ComEd’s mission is to maintain the performance of its electrical transmission and distributions systems of its region while
providing the customers with reliable and economical electrical service.
Siemens AG | Energy Sector | Power Transmission Divison | Power Transmission Solutions | 91058 Erlangen | Germany

Over the years Siemens has been the successful provider of Large Power Transformers, Reactors, live and dead tank
gas circuit breakers, and most recently the successful installation of 345 kV GIS at ComEd’s West Loop station. Siemens
HVS project management and execution of the West Loop GIS installation were instrumental in our strategy and success
in the award of the Elmhurst SVC.
Two (2) Siemens’ SVCs with an availability of nearly 100% will be installed at the Commonwealth Edison substation in
Elmhurst, Illinois. The project was initiated following ComEd’s comprehensive study of the need for reactive power within
the heavily populated northeast subzone (NESZ) of the ComEd service territory to maintain reliability given future
expected load growth. The analysis recommended the need for two (2) 300 MVAR SVCs at the Elmhurst Substation for
dynamic reactive power support. The installation of the two (2) SVCs is part of a comprehensive plan to maintain
transmission stability into the future, and proved to be the most cost effective solution.
The turnkey contract includes all equipment and civil works for two (2) identical SVCs, rated at 0/+300 MVar each. Each
SVC consists of three (3) Thyristor Switched Capacitors (TSCs). Because of the specific importance of switching steps to
the client, there are two (2) TSCs, each rated 75MVar, and one (1) TSC, rated 150MVar. The smaller TSCs are being
built in a two-leg design, where only two (2) of the three (3) phases are equipped with a thyristor valve, in order to provide
the most cost effective solution. The larger TSC is being built in a delta connection, with thyristor valves in all three (3)
phases.
During normal operation the SVCs will only be controlling the existing Mechanically Switched Capacitor Banks (MSCs) at
Elmhurst to provide steady state VAR support. In case of voltage drop, the TSC’s will respond immediately and offer
voltage stability.
Using the TSC’s only in case of an emergency avoids additional losses to the grid.
Siemens is responsible for all aspects of the electrical design for the
SVCs and will also provide the HV and MV components. Beta
Engineering LLC, our consortium partner is responsible for all civil
design and the civil works.
The Elmhurst SVC’s will enhance the availability and quality of energy
in the greater Chicago area, providing high speed dynamic reactive
power to support voltage recovery following faults, and provide steady
state stability under extreme system loads or contingencies.
Summary