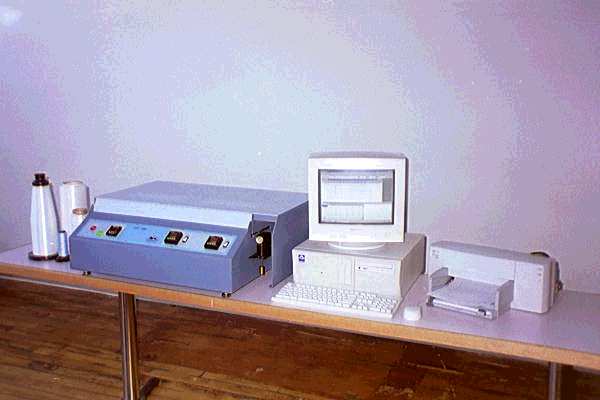 DETERMINATION OF SHRINKAGE AND SHRINKAGE FORCE
OF MONOFILAMENT AND TAPE
Myriam Vanneste; Sandra De Decker; Luc Ruys, Centexbel-Zwijnaarde, Belgium
Several methods can be used to determine the shrinkage of multifilament yarns. The
methods mainly differ in heat medium: commonly used are boiling water, hot air
(oven) and steam. A little while ago only these static methods were used; for several
years however dynamical measuring instruments are available now.
Apart from that, some measuring instruments measure shrinkage and shrinkage force
by means of static measurements and this for yarns as well as other textile materials
like monofilament and tape. Recently Centexbel has the ability to determine shrinkage
and shrinkage force using the FST (Force Shrinkage Tester, see) from Lawson-
Hemphill. The shrinkage force of a material matters to those applications where the
eventual textile material is exposed to heat while it is clamped in. This parameter is
extremely important for measuring tire cords. This is also the case when a stretcher is
used during the thermofixation of a fabric.
Figure 1: The Force Shrinkage Tester allowing to measure shrinkage and shrinkage force The simultaneous determination of shrinkage and shrinkage force is possible because the instrument has two heaters that can be controlled separately (Figure 2). In the first heater (tension zone) the shrinkage force is measured while the material being examined, is clamped in with a specified pretension. Under the influence of the heat the material will shrink, this however is prevented. A sensor measures the force that is developed while the material is trying to shrink. For measuring the shrinkage (shrinkage zone) the material is clamped in at only one side so that it is free to shrink. Here, an encoder registers the difference between the length before and after the measurement. \\Texcontrol\Site\infotec\textos\myriam monofil bandjes 03 05 08 engels bl mv.doc 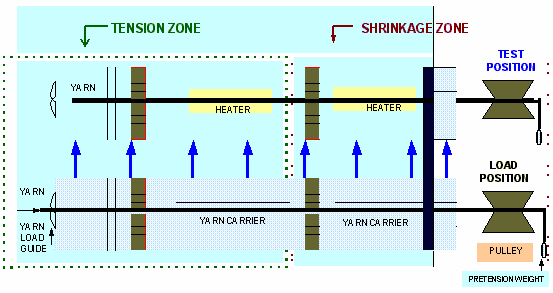 SAFETY DATA SHEET (REGULATION (EC) No 1907/2006 - REACH) SAFETY DATA SHEET (REACH regulation (EC) n° 1907/2006 - n° 453/2010) SECTION 1: IDENTIFICATION OF THE SUBSTANCE/MIXTURE AND OF THE COMPANY/UNDERTAKING 1.1. Product identifier 1.2. Relevant identified uses of the substance or mixture and uses advised against 1.3. Details of the supplier of the safety data sheet Address: 1e