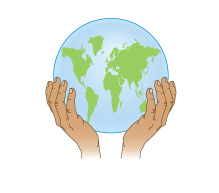 1. Evidence exists now for its harm. A research team, led by Dr Paolo Boffetta at International Agency for Research on Cancer in France, analysed the results of 11 studies carried out in Sweden and North America on the use of smokeless tobacco products and the risk of developing or dying from a heart attack or stroke [BMJ]. They found a small increased risk of death from a heart attack or stroke among users of smokeless tobacco products compared with non-users. Smokeless tobacco caused 0.5% of all heart attacks in the United States and 5.6% in Sweden. The products were also the cause of 1.7% of stroke deaths in the United States and 5.4% in Sweden. The authors conclude that, although the magnitude of the excess risk, particularly for fatal myocardial infarction, was small, the consistency of the results among studies and their robustness with respect to study design and quality added to their credibility. 2. All forms of oral tobacco contain chemicals known to cause cancer (carcinogens). These products can cause cancer of the mouth, pancreas, and esophagus (the tube that carries food from the mouth to the stomach). Oral and smokeless tobacco also cause many other health problems, such as gum disease, destruction of the bone sockets around the teeth, and tooth loss. They cause bad breath and stained teeth, too. There are increasing links with heart disease now. Muslim males use tobacco and paan more than the other groups in place of alcohol. 3. The problem of the easy availability and increasing use of smokeless tobacco products by young people of south Asian origin in the UK needs to be urgently addressed. It is almost always present in the South Asian home. Its use is, however, far from benign, as shown by a study among Gujaratis in northwest London, which found that paan chewers had cocaine-like dependency with withdrawal symptoms of headaches and sweating. Paan is unfortunately also readily and cheaply available to both children and adults. Research in Bangladeshi people aged 12–18 years in east London found high levels of regular paan use, for both the tobacco-containing and tobacco-free forms. Of concern is that only a third of these young people knew of the association between tobacco-containing paan and cancer. A similarly high prevalence of use has also been shown among south Asian adults in the UK. 4. The addictive betel nut or areca can itself also cause the precancerous conditions leucoplakia and submucosal fibrosis. The risk of oral cancer has a dose-dependent relation in those who chew areca, with the admixture of chewed tobacco products further increasing this risk. Smoking tobacco-containing products, whether in the form of cigarettes or hookah—both of which are widely used by south Asians—might yet further enhance this risk. 5. The UK Children and Young Persons (Protection from Tobacco) Act states that it is an offence to sell tobacco products to people under the age of 18 years, and tobacco-containing gutka and paan, therefore, fall within this jurisdiction. Trading standards units should now enforce this legislation to help to protect some of the most vulnerable members of society. Our concern is that a failure to act will also run the risk that this problem no longer remains confined to south Asians, but also spreads to other ethnic groups, as has recently occurred with the widespread use of hookahs, for example. Increased awareness of the dangers associated with these smokeless tobacco products among health-care professionals, parents, and young people themselves is also urgently needed. 6. We are concerned that there are still many forms of smokeless tobacco not adherent to the Tobacco Advertising and Promotion Act. This is an inequitable application of the Advertising and Promotion Act and should be appllied to oral tobacco products, which have been proven to increase the rates of cardiovascular disease similarly to smoking tobacco. Therefore, a lack of parity in the portrayed harm of oral tobacco with smoked tobacco, will make the drive to tackle inequalites in health driven by cardiovascular disease more challenging. 7. Those consuming alternative forms of tobacco, in the absence of direct evidence on cessation therapies, should have similar access to NRT, bupropion, counselling etc. as do smokers. This requires an assumption that all tobacco users benefit from interventions proven to have an impact on smokers, until further evidence is avaialble. Most counsellors are unaware of smokeless tobacco products. Services and training should be encouraged to address this. 8. We would accommodate smokeless tobacco within illicit trade, as many products are not labelled as having tobacco and thereby bypass tobacco control measures. This is particularly so for products imported from the Asian subcontinent. An improved strategy to tackle import of smokeless tobacco products and smuggling at national, regional and local level is needed to stop the flow of tobacco smuggled by criminal gangs, with new tougher targets for a continued reduction in the market share of smuggled cigarettes and hand-rolled tobacco. The new Borders Agency must work closely with HMRC and the Treasury to develop a new and improved anti-smuggling strategy and ensure that cracking down on smuggling remains a priority for the Government. 9. Prevalence rates of alternative forms of tobaco use should be recorded, particularly in ethnic minorities, where some individuals do not even realise the products they consume may contain tobacco. Justin Zaman & Kiran Patel on behalf of SAHF

USE OF VAGINAL ESTROGEN IN WOMEN WITH PELVIC FLOOR DISORDERS Patient Fact Sheet Introduction For a woman who has already had breast cancer, her ownEstrogen is a normal human hormone. Estrogen levels falloncologist (cancer doctor) is probably the best person to advisequickly after menopause. In some younger women, they fall ear-her about whether vaginal estrogen use is safe for her.

A sampling of targeted integrative therapies By Aoife Earls MSc, ND I nflammatory Bowel Diseases (IBD) such as Crohn’s of energy for colonocytes and can regenerate mucosa, as well as disease (CD) and ulcerative colitis (UC) are chronic, having the capacity to reduce inflammation through enhancement relapsing-remitting inflammatory diseases with several of anti-inflammatory cytokines such