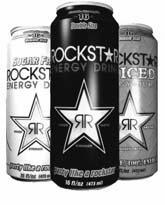 Energy drinks contain ginseng, guarana, taurine, maltodextrine, creatine and ginkgo biloba, just to name out with a song called “Party like a Rockstar.” This a few. They include massive amounts of sugar and soon became the popular slogan for an energy drink caffeine that will boost energy for a short period of that seemed to be taking over the nation.
time and then leads to the crash. “They give me a sugar Energy drinks such as Monster, Rockstar, Full rush” said sophomore, Ashely Fife. The so-called crash Throttle, and Red Bull, are very popular among teens is a very familiar feeling that occurs after a person has and young adults these days. Energy drinks boost drank the energy drink. Whatever boost the person stamina and keep one alert for a few hours.
had during the high of their energy drink will be Energy drinks are one of the most popular followed by an equal low. Many tend to fall asleep or beverages in the United States. Each year they rake in may just become extremely drowsy or lazy.
millions of dollars in sales. According to It’s often warned that people with low toler- health.learninginfo.org, in 2005 energy drinks earned ance to caffeine could not drink energy drinks because over 3 billion dollars in the retail sales market in the it would lead to intense headaches, shakiness or an U.S. alone. Since there are so many new drinks hitting upset stomach. “Energy drinks are addicting and make the market each year, the number is only climbing.
you jittery.” said junior, Josh Shaffer. They may just as This money making phenomenon does have its well experience anxiety during the effects of the downsides. Energy drinks are dangerously unhealthy energy enhancement. It is also warned by researchers and when consumed in bulk can be seriously harmful never to mix the stimulant drinks with other bever- ages like Gatorade that were intended to keep onehydrated. This is mainly because energy drinks actuallydehydrate people due to the sugars and caffeine. Thecombination has often been linked to athletes’ deaths Karen’s
Energy drinks are fine in moderation and when Hair Design
used appropriately. These products are big moneymakers so it is 623 W. MAIN ST. RAVENNA
Phone: 330-296-4115
continue todrink them nomatter whatthe risks orside effects arebecause let’sface it, whodoesn’t wantto party like arockstar? 18 | Ravenna High Times Winter 2009 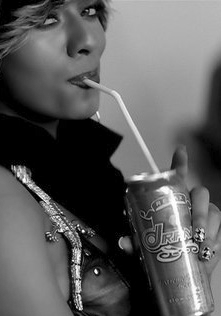 “Slow your roll” is the new slogan for anti- energy drink titled Purple Drank. Innovative BeverageGroup, IBG, has rolled out this new product whichhappens to share the same name as popular southerndrink in the hip-hop scene which contains a softbeverage, typically Sprite; Jolly Ranchers, cough syrupcontaining codeine and promethazine.
In the south, “Purple Drank” is a slang term, also known as sippin syrup and is associated with hip-hop culture such as Three Six Mafia’s single, “Sippin’ onSome Syrup”. It has also been known to be the causeof death for many due to overdoes in codeine foundin the prescription-strength concoction.
Nation Pubic Radio, NPR, had an interview with the CEO of IBG, Peter Bianchi says, “This offers apositive alternative. And they thought it was realpositive to do this. And not that all the hip-hop artistsare talking about a lifestyle that may be detrimental,now we’re offering a positive alternative to it.” With small and safe amounts of melatonin, the hormone that controls sleep in our bodies, it causesthe relaxation effect causing some to have a betterquality of sleep according to IBG.
Purple Drank also contains an herb called Valerian root. According to WebMd, valerian root has been used for centuries for anxiety, and as a sleep aidbut it isn’t severe enough to interfere with sleepcycles. Although, there are some mild side effects Girl”, The Pussycat Dolls’ “Bottle Pop” and found in the natural substance, because of its calming FloRida’s video “Sugar”. It has even been featured effects. It shouldn’t be taken with any other calming on Fox News with Shepard Smith, Good Morning The carbonated grape-flavored beverage also happens to contain rose hips, which are know to treat exhaustion and nervousness. But, like any other of this new drink. Dr. Elaina George, a physician in energy drink, it is recommended not to drink more Atlanta, Georgia, has found many risks linked with than two servings within a 24- hour period.
the beverage such as, “Short-term symptoms According to IBG, “Drank is the perfect including impaired judgment, nausea, loss of lifestyle beverage for those who can appreciate coordination, headache, vomiting, loss of con- sciousness, numbness of fingers and toes, abdomi- Contributing to Purple Drank popularity and nal pain, irregular heartbeat, aches, seizures, panic success is the advertising found in music videos such attacks, psychosis, euphoria, cold flashes, dizziness, as Keri Hilson’s “Turnin’ Me On”, Lucacris’ “Nasty Winter 2009 Ravenna High Times | 19