Sleep Medicine Reviews, Vol. 6, No. 1, pp 45–55, 2002 doi:10.1053/smrv.2001.0190, available online at http://www.idealibrary.com on MEDICINE
Yaron Dagan
Institute for Fatigue and Sleep Medicine, “Sheba” Medical Center, Affiliated to “Sackler” Medical School,Tel Aviv University, Israel KEYWORDS
Circadian Rhythm Sleep Disorders (CRSD) are a group of sleep disorders characterized by a malsynchronization between a person’s biological clock and the environmental 24-h schedule. These disorders can lead to harmful psychological and functional difficulties and are often misdiagnosed and incorrectly treated due to the fact that doctors are unaware of their existence. In the following review we describethe characteristics of CRSD, their diagnosis, treatment as well as their relationship to psychopathology, psychotropic drugs and head trauma.
 2002 Published by Elsevier Science Ltd INTRODUCTION
WHAT ARE CRSD?
The inborn human sleep-wake schedule is longer Twenty years ago Weitzman et al. [5] first described than 24 h. It is synchronized to the external 24-h 30 of their insomnia patients (7%) as suffering from day, and reacts to environmental zeitgebers (time Delayed Sleep Phase Syndrome (DSPS). These cues). The environmental zeitgeber – bright light – patients had a tendency to fall asleep very late at seems to play the crucial role in this process [1, 2].
night and to experience difficulty rising at a desired The sleep-wake schedule is synchronized also with time in the morning. They also found that when other circadian cycles in the body: body tem- these patients were allowed to sleep without ex- perature, and the secretion of: melatonin, growth ternal restrictions, they slept for a normal lengthof time and exhibited no pathology in their sleep architecture. Their patients were younger than Human beings sleep at night and are awake during other types of insomniacs, without differences of the day. This essential phenomenon so taken for sex prevalence, displaying no specific psychiatric granted can become chronically impaired in some disorders, and of various ages of onset. This dis- people leading to a group of disorders called: Cir- covery led to the recognition of the existence of cadian Rhythm Sleep Disorders (CRSD) [3, 4].
Circadian Rhythm Sleep Disorders (CRSD) other These disorders are usually unfamiliar to the phys- ician thus frequently misdiagnosed and incorrectly Today, the criteria for the definition and diagnosis treated. The aim of this review is to shed light on of CRSD (formerly Sleep Wake Schedule Disorders these disorders: characteristics, diagnosis, treat- – SWSD ) are described by the International Classification of Sleep Disorders (ICSD) [3, 4].
According to this definition, CRSD constitute amisalignment between the patient’s sleep patternand that, which is desired or regarded as the societalnorm. Sleep episodes occur at inappropriate times Correspondence should be addressed to: Y. Dagan, Institutefor Fatigue and Sleep Medicine, “Sheba” Medical Center, Fax: and as a result, wake periods occur at undesired 972-3-5349368. E-mail: [email protected] times, therefore, the patient complains of insomnia 1087–0792/02/$-See front matter  2002 Published by Elsevier Science Ltd 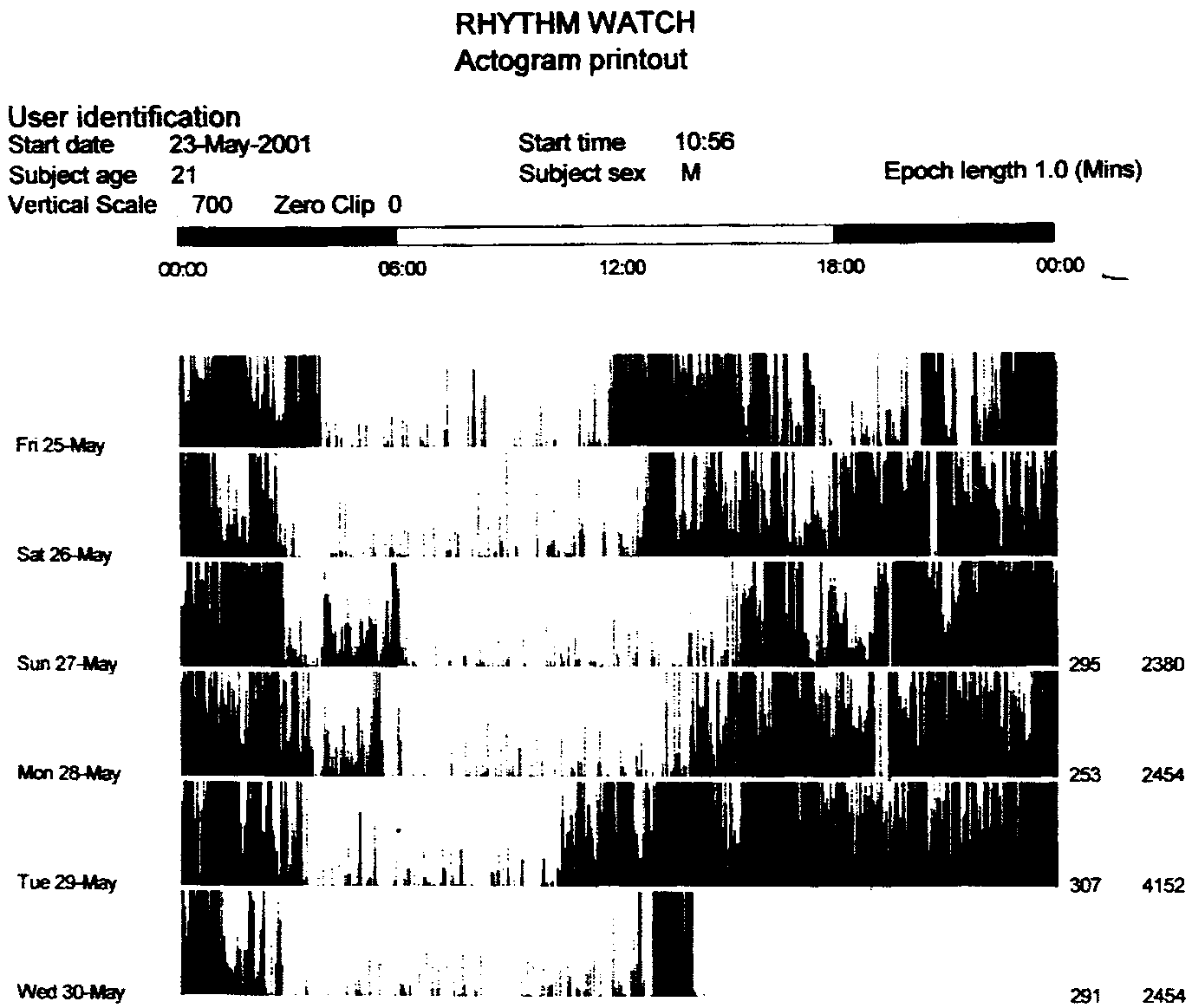 or excessive daytime sleepiness. For most of the Figures 1–3 display the rest-activity patterns of CRSD, the major sleep episode is of normal duration three patients suffering from Delayed Sleep Phase with normal REM/NREM cycling, although in- Syndrome, Non-24-h Sleep–Wake Syndrome and termittent sleep episodes may occur in some dis- Irregular Sleep–Wake Pattern, respectively. The black areas represent activity, while the white ones 1. Delayed Sleep Phase Syndrome (DSPS): in this disorder the major sleep episode is delayed in CRSD CHARACTERISTICS
relation to the desired clock time resulting insymptoms of sleep-onset insomnia or difficulty The pioneer report by Weizman et al. [5], published in awakening at the desired time (Fig. 1).
in 1981, was followed by only a few studies, based 2. Advanced Sleep Phase Syndrome (ASPS): the on small numbers of patients with no more than major sleep episode is advanced in relation to 30 participants [6]. The only large study on CRSD the desired clock time, resulting in symptoms of patients [7] includes a survey of the characteristics compelling evening sleepiness, early sleep onset, of 322 patients suffering from CRSD and a case- and an awakening that is earlier than desired.
control study comparing a group of 50 CRSD 3. Non-24-h Sleep–Wake Syndrome (Free-Running patients and 56 age and sex matched normal sub- pattern): consists of a chronic steady pattern jects. The major findings were: a great majority comprised of several hours daily delays in sleep (84.6%) of the patients were found to have DSPS, onset and wake times in an individual living in 12.3% had a Non-24-h Sleep Wake Syndrome, while only a handful of patients were diagnosed with 4. Irregular Sleep–Wake Pattern (disorganized): an Irregular Sleep–Wake Pattern (1.9%) and ASPS consists of temporally disorganized and variable (1.3%). In a report from a sleep clinic in Japan similar episodes of sleep and waking behaviour (Fig. 3).
data was recorded [8]. The low prevalence of ASPS 5. Shift work and 6. jet lag that are beyond the in CRSD may be due to fact that ASPS is a condition that is better tolerated than DSPS. It is much easier 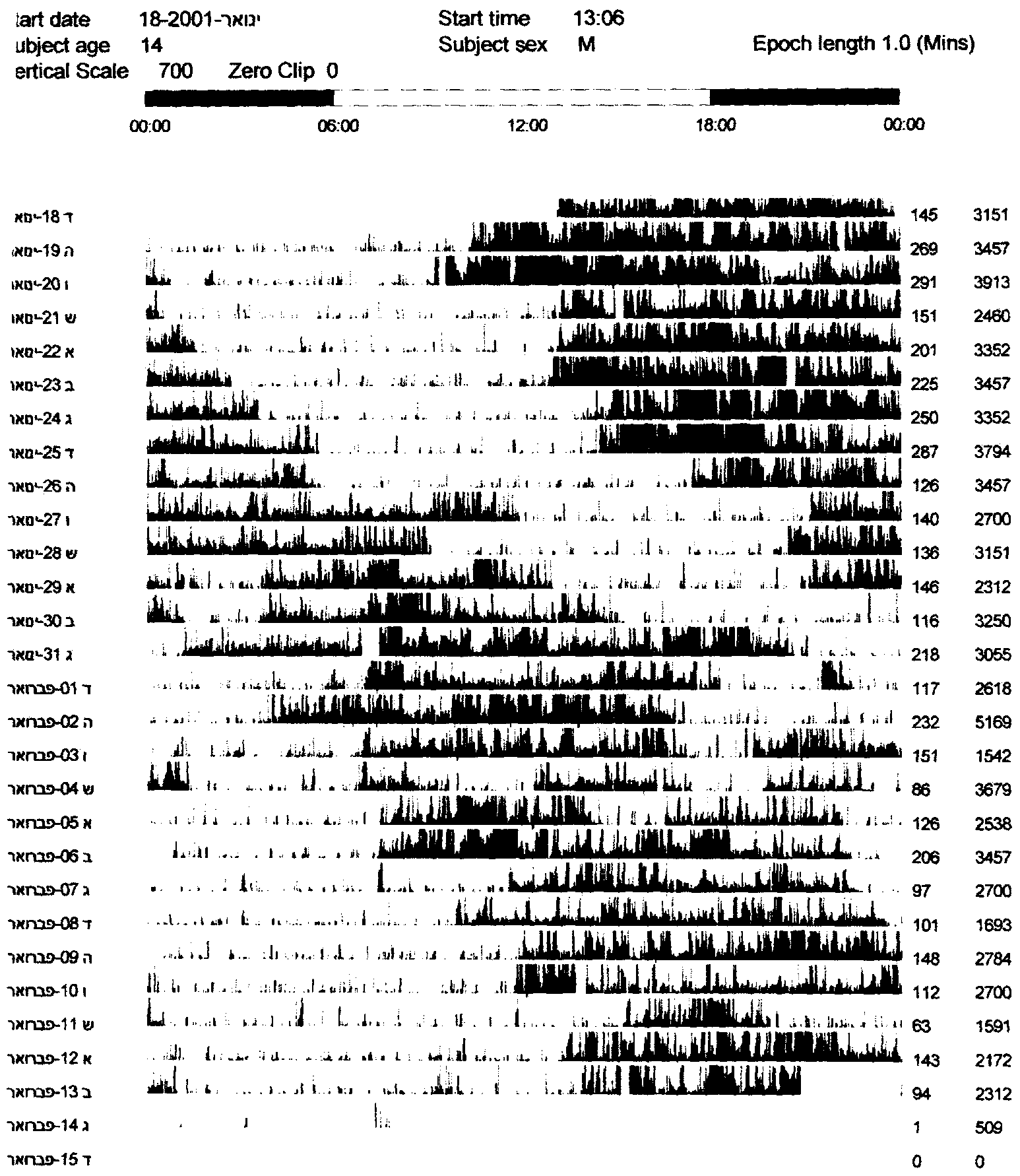 to keep oneself awake for a few hours after the be 0.13% in Japan [9] 0.17% in Norway [10] and habitual bed-time, than to force oneself to fall asleep 7.3% of adolescents in the western population [11].
a few hours before one’s habitual bed-time – a veryfrustrating if not an impossible task.
The majority of patients (89.6%) reported onset BIOLOGICAL ASPECTS OF CRSD
of CRSD in early childhood or adolescence; no sexdifferences were evident; a familial trait existed in CRSD patients differ from night or morning type people (“owls” and “larks”) in the rigidity of their The reported prevalence of CRSD in these stud- maladjusted biological clock. While “owls” and ies [7, 8] reflects the population of patients who “larks” prefer morning or evening, they are flexible approach sleep specialists for help. There is, at the and can adjust to the demands of the environmental present time, very limited data available regarding clock. CRSD patients, on the other hand, appear the prevalence of CRSD in the general population.
to be unable to change their clock by means of The prevalence of the disorder was estimated to 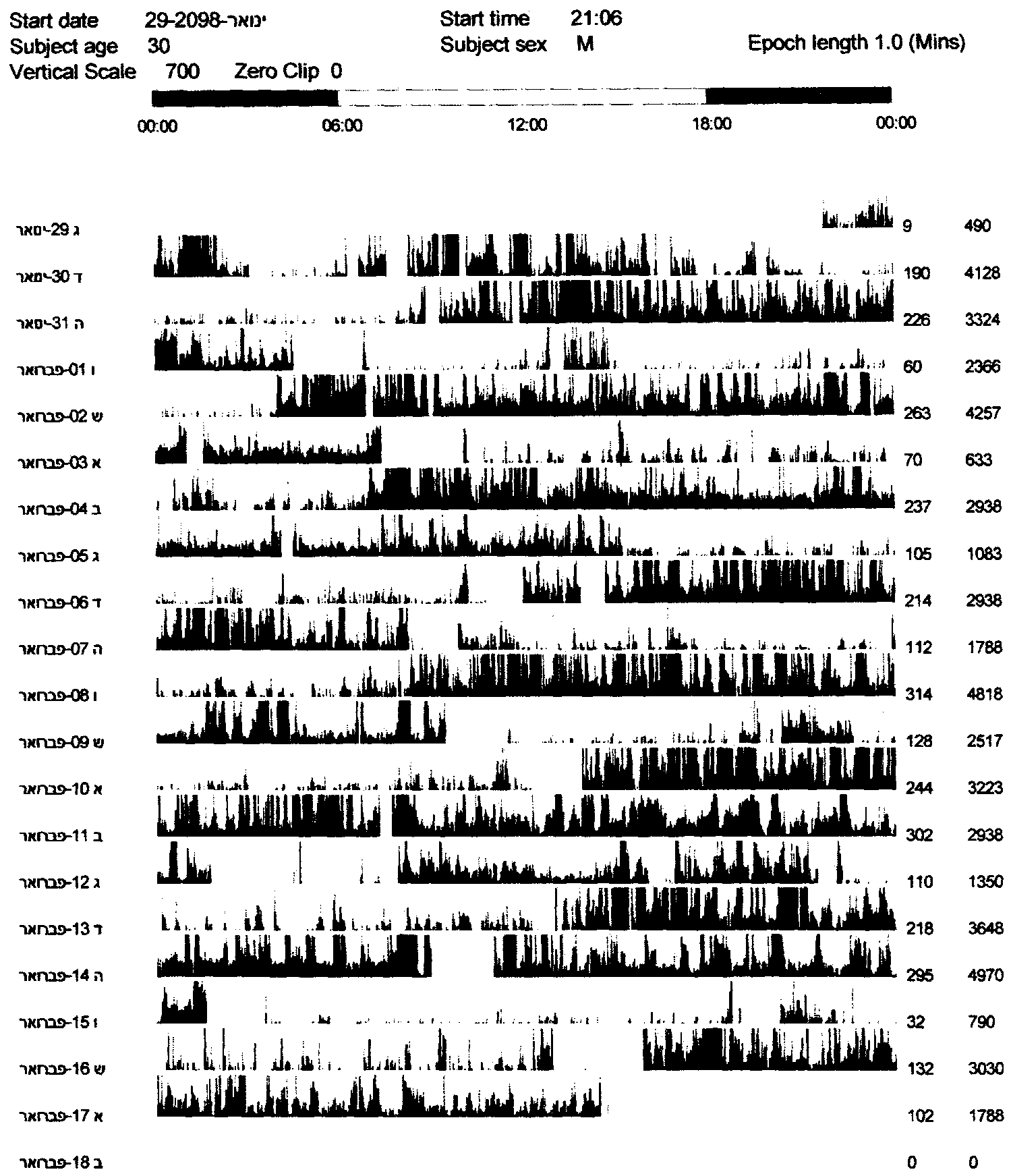