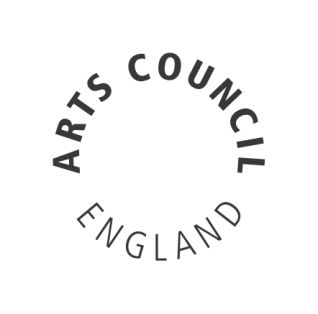 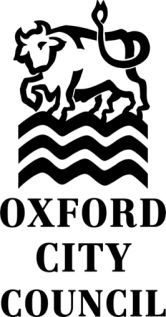 STELLA VINE’S LATEST EXHIBITION TO INCLUDE PAINTINGS FROM
DIANA’S LIFE INCLUDING CAR CRASH AND FAMILY PORTRAITS
14 July 2007: A fresh perspective on the life and death of Princess Diana will emerge
through new paintings by the artist Stella Vine to go on show at Modern Art Oxford from Tuesday 17 July. Vine has created a series of paintings which show Diana at all stages of her life – from early childhood to the car crash in Paris which killed her. Another new painting shows Diana with Charles, Harry and William during a family picnic. Press Preview: Monday 16 July 1100hrs – 1300hrs. Stella Vine will be available for
Stella Vine said: “I have always been drawn to the beauty and the tragedy of Diana’s
life which I hope I’ve captured in this new series of paintings. I wanted to show her vulnerability as well as her strength, and the close relationship she had with her sons.” Other new paintings feature the lead singer of Manic Street Preachers, Richey James, who mysteriously disappeared in 1995; Jose Mourinho and his dog Leya ; Ted Hughes The exhibition also features her most controversial works including the paintings of Princess Diana, 'Hi Paul, can you come over.' and a portrait of heroin victim Rachel Whitear which were bought by Charles Saatchi in 2004, propelling Vine into the media spotlight. However, there is more to Vine than the sensational headlines and through the inclusion of 75 paintings from the beginning of her career to the present day, a more rounded picture of her work will undoubtedly emerge. Andrew Nairne, Director, Modern Art Oxford said: “Stella’s work is fresh, bold and
original and deserves to reach a wider audience. Modern Art Oxford has a long tradition of recognising and supporting new talent. We are delighted to be working with Stella on Further Information
www.kallaway.co.uk/modernartoxford.htm
Anna Cusden
Kallaway
Sara Dewsbery
Modern Art Oxford
NOTES TO EDITORS
Stella Vine – Biography
Stella Vine was born Melissa Robson in 1969 in Alnwick, Northumberland. Following a difficult relationship with her stepfather, she was briefly fostered at the age of 13, before leaving school at 14 and becoming pregnant with her son at the age of 16. In 1983 she joined the National Youth Theatre of Great Britain and went on to work as an actress in theatres across the UK, as well as running her own improvised theatre company Minx In 1999 Vine studied painting part time at Hampstead School of Art. She opened the Rosy Wilde gallery in 2003 in a former butchers shop in the East End to show emerging artists. Around this time, Vine's mother died suddenly which fuelled a highly creative period during which she made the first of her paintings of Princess Diana and teenage girls like Rachel Whitear who suffered tragic deaths. Many of these paintings were destroyed by Vine soon after they were made. In 2004 Charles Saatchi purchased one of her paintings of Princess Diana 'Hi Paul, can you come over.' from an exhibition called Girl on Girl at Transition Gallery. In 2006 she reopened the Rosy Wilde Gallery, this time in Soho. Since then her work has been included in many exhibitions both in the UK and abroad. Solo exhibitions include: Petal, Alon Segev Gallery (TelAviv) 2004; Petal part two, Roberts & Tilton (Los Angeles) 2005; Stellawood, Hamiltons Gallery (London) 2005; Prozac and Private Views, Transition Gallery, (London) 2004; Whatever happened to Melissa Jane?, The Bailliffgate Museum, (Alnwick) 2006. Group exhibitions include New Blood (Saatchi Gallery) London 2004; Girl on Girl (Transition) London 2003/4; The Beautiful And The Damned (Hiscox) London 2005; Chockerfuckingblocked (Jeffrey Charles Gallery) London 2003, as well as shows in Bejing, Shanghi, New York, Miami, Detroit. In 2005 Stella was invited to exhibit at the Modern Art Oxford
Modern Art Oxford is a leading UK gallery for modern and contemporary art with a national and international reputation. Working with artists from around the world, Modern Art Oxford's pioneering programme enables audiences and communities to participate in and engage with contemporary art. Since its foundation in 1965, the Gallery has exhibited the work of pioneering artists such as Carl Andre, Jannis Kounellis and Yoko Ono as well as British artists such as Tracey Emin, the Chapman brothers and Mike Modern Art Oxford’s programme for 2007 includes a new film by South African artist Moshekwa Langa, while the autumn sees the galleries transformed with a new atmospheric installation by American artist Trisha Donnelly alongside exquisitely rendered paintings by Imran Qureshi from Pakistan. Modern Art Oxford, 30 Pembroke Street, Oxford OX1 1BP, Tel. 01865 722733. Open Tuesday to Saturday 10am to 5pm, Sunday 12pm to 5pm. Admission Free. END OF ALL

AN INFORMATION THEORETIC APPROACH TO JOINT PROBABILISTIC FACE DETECTION AND TRACKING Department of InformaticsUniversity of ThessalonikiE-mail: eloutas,nikou,pitas @zeus.csd.auth.gr ABSTRACT Head orientation is calculated by using either feature basedmethods [6, 7] or appearance based methods [8, 9]. The latter rely A joint probabilistic face detection and tracking algorithm for com-