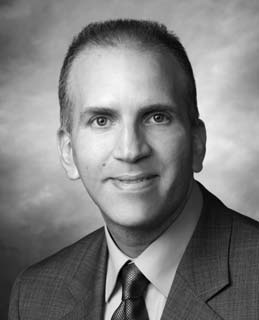 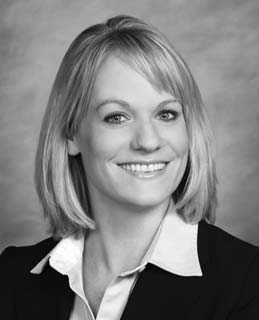 The Metropolitan Corporate Counsel
February 2010
Abbott Labs v. Sandoz: The Federal Circuit Provides Clarity
On Product-By-Process Claims
Robert J. Paradiso
and Lisa K. Schroeder
Supreme Court precedent, the treatmentof product-by-process claims throughoutthe years by the United States Patent and LOWENSTEIN SANDLER PC
Trademark Office, and other bindingcourt decisions, the Federal Circuit restated the Atlantic Thermoplastics rule position of matter requires translating the that “process terms in product-by-process claims serve as limitations in determining infringement” and overruled the Scripps Clinic decision. Abbott Labs at 1293, cit- ing Atlantic Thermoplastics at 846-47. speciﬁcation and claims of a patent “con- infringement analysis was decided en (Topliff v. Topliff, 145 U.S. 156, 171 banc and was accompanied by a strong (1892)). Drafting patent claims is espe- cially difﬁcult when the new composition (who also wrote the overturned Scripps is of a complex nature that cannot be ade- Clinic opinion), joined by Judges Mayer quately analyzed or quantified. U.S.
Robert J. Paradiso
Lisa K. Schroeder
Patent Laws have addressed this conun-drum by allowing a product to be process that produces it, identical prod- described in a patent claim by the implied characteristics of its process of prepara- infringe such a claim. A year later, how- tion in “product-by-process” claims. For Patent No. 4,935,507 (“the ‘507 patent”) ever, the Federal Circuit concluded that, was listed in the Orange Book (Approved terizing the majority’s decision as “a new Drug Products with Therapeutic Equiva- restraint on patents for new products, par- lence Evaluations, published by the ing infringement.” Atlantic Thermoplas- tics v. Faytex Corporation, 970 F.2d 834, aqueous solution of ingredients A, B, and 846 (Fed. Cir. 1992). The Atlantic Ther- be difﬁcult to analyze with precision.” Abbott Labs arose from two district moplastics court, aware of the inconsis- Abbott Labs at 1300 (Newman, J. dis- tency with Scripps Clinic, stated in a senting from en banc Section III.A.2).
appeal to the Federal Circuit. In one case, footnote that the Scripps Clinic ruling the district court for the Eastern District had been made “without reference to the cerned with having a single universal rule subject of the claim is not limited to the particular recited process steps, but rather tions.” The court further stated that “a that shows the same characteristics as the are simply the only way to claim an inno- rule that hinders the strength of a prod- case, the district court for the Northern preparing the prior art product is differ- ent. If patentability is not limited to the motion for a preliminary injunction based that Scripps Clinic did not control its dis- itself, it seems logical that a potential District of Virginia court. Abbott brought Implications
suit against several defendants including The Abbott Labs decision follows a teristics, albeit prepared by a different Scripps Clinic with a simple footnote left arguably resulted in an erosion of innova- tors’ patent rights (e.g., KSR v. Teleﬂex, enforce its ‘507 patent against alleged agrees with this proposition. The Federal 550 U.S. 398 (2007) directed to the stan- infringers, Scripps Clinic provided Circuit recently resolved years of incon- dard of obviousness; eBay v. MercEx- change, 547 U.S. 388 (2006) directed to District of Virginia as product-by-process injunctive relief). This decision has the claims, as they initially recited a product, infringed the ‘507 patent regardless of potential to be especially problematic for biological products that have a history of tured, and thus gave rise to the need for being difﬁcult to analyze and quantify.
“obtainable.” On appeal, Abbott asserted process other than the process set forth in an opinion to clarify the ﬁnal rule once Without the incentives of a strong patent that the district court erred in construing the claim. In Abbott Labs v. Sandoz, 566 the process steps of claims 2-5 as limita- F.3d 1282, (Fed. Cir. 2009), the Federal In Abbott Labs, the court engaged in a Circuit decided en banc that the answer arts, which would ultimately stiﬂe inno- vation and negatively impact the public.
While it is important that a granted patent claim serve as limitations in determining Inconsistent Case Law Finally
Resolved
notice as to what constitutes an infringing Background Of The Case
Abbott Labs resolved an 18-year-old inconsistency in Federal Circuit jurispru- anced against an innovator’s interest in obtaining meaningful patent coverage.
Robert J. Paradiso, Member of the Firm
at Lowenstein Sandler PC, is an Intellec- 1991, the Federal Circuit held that “the tual Property Attorney in the Tech Group and leads the ﬁrm’s life sciences patent claims is that they are not limited to prod- practice. He is an adjunct professor at Abbott Labs is that product-by-process Rutgers University Law School. Lisa K.
the claims.” Scripps Clinic & Research Schroeder, an Associate in Lowenstein
Foundation v. Genentech, Inc., 927 F.2d Sandler’s Tech Group, counsels clients in 1565, 1583 (Fed. Cir. 1991). In other a variety of technological industries on words, Scripps Clinic held that although their quiver in their quest to obtain ade- all aspects of intellectual property law. a claim may recite a product in terms of a Please email the authors at [email protected] or [email protected] with questions about this article.

Microvariation, conceived as minimal difference between closely related varieties V1 and V2 (or subsequent stages in language change), has often been represented in OT as minimal reranking of constraints (see, among others, van Oostendorp, in prep, Alber, 2001, in press). This model of microvariation is too coarse, for two reasons: i. minimal constraint reranking does not guarantee minimal effect