KING R BALLOW LAW OFFICES
EDITOR, DOUGLAS R. PIERCE
Vol. 25, Number 5
May 2011
2011 King R Ballow
Dr. Byron D. Neely decided he had heard enough media A U.S. District Court in Illinois has determined a televi- reports about him. He filed a defamation claim against a sion program’s broadcast of a person being arrested is pro- television station and its reporter for broadcasting a report tected by the First Amendment as a matter of public concern, on Neely’s personal and professional history. More specifi- and cannot give rise to a right of publicity or privacy claim.
cally, the reporter discussed the complaints filed with the A production company produced an unscripted “reality” Texas Medical Board, the seven medical malpractice suits, television program featuring female police officers for the the three year probated suspension of his license, the hand City of Naperville performing their duties and interacting tremors, and the substance abuse - all true events. The with the public. One such officer was being followed by a broadcast also informed the public that despite these many camera crew for the production company when she was blemishes on his record, Dr. Neely currently practices medi- called by another officer who had pulled over a driver for an expired license plate. Thirty minutes later, the female Two of the seven malpractice claims can only be de- officer arrived at the scene with the camera crew and di- scribed as heart-wrenching accounts. In September of 1999, rected the driver to exit her vehicle. The officer explained Paul Jetton, ex-Cincinnati Bengal linebacker, went to the to the driver she was being filmed for a documentary, then hospital for his annual physical and came out with what re- proceeded to perform a field sobriety test, which the driver sulted in approximately twelve brain surgeries. After view-ing an MRI, Neely told Jetton he had a “small mass in his midbrain,” requiring surgery to drain fluid from the area.
REPORTER'S PRIVILEGE
Jetton, conceding to Neely’s expertise in the area, agreed to the two hour surgery where, due to “surgical difficulties,” Neely extended the procedure an additional six hours. Af- ter discharge, he experienced many complications including infection, abscesses, meningitis, and fluid build-up in the spi-nal cord as consequences to Neely’s negligence during sur- Criminal judges have often wrestled with the Sixth gery. These issues required additional surgeries, and now Amendment’s confrontation requirement regarding the ad- Jetton is physically disabled and requires the use of a walker.
mission of hearsay statements. The Sixth Amendment's In November 1999, Wei Wu, a Texas state engineer, went Confrontation Clause presents a unique issue when a wit- to Neely for surgery to remove a brain tumor. Once biopsied, ness actually testifies at trial based on statements made Neely and an oncologist said the tumor was malignant and outside of court. In a recent case, the U.S. Court of Ap- Wu had a short time to live. Days later, Wu committed peals in New York held a district court committed “harm- suicide. An autopsy revealed “no residual metastic mela- less error” when it limited a lawyer’s cross-examination of noma." Neely had misdiagnosed Wu.
a Wall Street Journal (WSJ) reporter. The lawyer’s exami-nation was limited after the judge restricted the scope of The truth
the cross-examination, citing the journalist’s privilege.
During 1999, Neely admitted he experienced hand trem- The former president of a company that operates a job- ors, which were witnessed by co-workers and patients. He hunting website was convicted of securities fraud. During said he can control them by “holding [his] hands down on trial the government subpoenaed a WSJ reporter to testify the patient.” Also in this year, he was self-prescribing him- the president had made statements attributed to him in an self with medications including Hydrocodone, Darvocet, article co-written by the reporter. The article quoted the 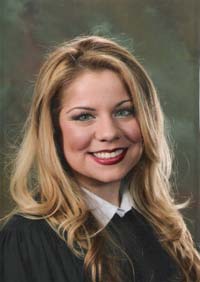 of public concern at a public place adjacent to a public street.
bal assault that occurred in this case,” he said.
Despite upholding the decision in favor of Westboro As Chief Justice Roberts wrote in the Court’s opinion, Baptist, the Court pointed out that Westboro’s choice of “Speech is powerful. It can stir people to action, move them when and where to picket is not beyond the Government’s to tears of both joy and sorrow, and inflict great pain. We regulatory reach. Such picketing can be subject to reason- cannot react to that pain by punishing the speaker. As a able time, place, or manner restrictions. In fact, Maryland Nation we have chosen a different course – to protect even has subsequently passed a law imposing restrictions on fu- hurtful speech on public issues to ensure that we do not stifle public debate.” In the case at hand, no matter how hurtful Justice Samuel Alito, the lone dissenter, said Snyder the speech was to Corporal Snyder’s family, it was still pro- wanted only to “bury his son in peace.” Instead, Alito felt tected public speech. As such, public speech outweighs the the protesters “brutally attacked” Matthew Snyder to at- tract public attention. “Our profound national commitmentto free and open debate is not a license for the vicious ver- Caroline Tippens is a student at Nashville School of Law president, and discussed the sale and date of stock options tioning the reporter’s credibility. After his conviction, the president appealed. The president argued the district courtdenied him his Sixth Amendment Confrontation Clause rights When the privilege is gone, it's totally gone
by limiting his cross-examination of the reporter.
After being subpoenaed to testify against the president, The court ruled once a trial court has determined the Gov- the reporter moved to quash the subpoena. The district ernment has made the required showing to overcome the court denied the reporter’s request, but greatly limited both journalist's privilege and compel a reporter’s direct testimony, the direct and cross-examination of the reporter.
the trial court may not, consistent with the Confrontation The district court’s reasoning in limiting the questioning Clause, thereafter employ the privilege to restrict the of the reporter was based on a qualified journalist’s privi- defendant’s cross-examination of the reporter to a greater lege, which protected the reporter from the compelled dis- degree than it would restrict such cross-examination in a closure of certain subjects. The district court prevented the president’s counsel from asking the reporter about a follow The appeals court held the limitations on the president’s up e-mail the reporter sent to a public relations executive at cross examination were improper. The appellate court found, however, the district court had committed harmless error in Allowing the defense to question the reporter regarding limiting the reporter’s testimony. In the end, the court of this e-mail arguably supported the defense’s version of the appeals concluded there was abundant other evidence pre- conversation between the president and reporter. More- sented by the government demonstrating the president’s guilt.
over, the president’s lawyers were constrained from ques- Propoxyphene, and Phenergan to name only a few.
When the Texas Medical Board was alerted, they sus- pended his license, and decided a three year probation was “Dyed in the Wool”- Those who work with wool know that if you adequate, because they also warned him not to prescribe attempt to dye an item after it is already spun into cloth, the odds of “prescription drugs or controlled substances” to himself any- having an even, colorfast result are slim to none. The proper way to more. Neely went back to work. All of this information dye wool is to color the raw material before it is ever woven. By thesame token, one said to be “dyed in the wool” is a person who is thoroughly indoctrinated with a belief, who believes in his cause To assert defamation, one must show that the defendant through, who leaves no gaps, no holes, no openings for any change 1) published a statement of and concerning him; 2) that was defamatory; and 3) with the requisite degree of faultto whether the statement was false. The Texas Court ofAppeals dismissed Neely's defamation claim because the Reprinted with permission of Scribner, an imprint of Adult Publishing Group from I DIDN’T KNOW THAT by Karlen Evins. Visit www.karlenevins.com.