Mother’s little helper
An Indian company is pioneering some key green chemistry concepts. We caught up with Newreka
Green Synth at Chemspec India 2008
right at the back of the hall at ChemspecIndia 2008, it was swarming throughout.
Founder director Nitesh Mehta said: “It has been soamazing. There has been no beating about the bush, it is all real business.” Clearly Newreka GreenSynth Technologies had identified something that the Indian chemicals industry wanted.
Although the firm has been active for six years, 2008 may prove to be its breakthrough year. InJanuary, alongside SMS Pharmaceuticals, Newreka won the Indo-US Green Chemistry Network Centre (GCNC) Award for the successful commercialisation of green chemistry-based technologies at the Indo- US Science & Technology Forum Workshop onGreen Chemistry.
The GCNC itself is an umbrella organisation that grew out of the India Green Chemistry Chapter ofthe American Chemistry Society Green Chemistry Figure 1 - Green partnerships based on enviropreneurs
Institute (ACS GCI) and now encompasses severalcentres, institutions and industries. It organises vari- Padia himself is an expert in iron oxide catalysis, For the first couple of years, a focus on unit ous symposia, workshops and training courses to process intensification, scale-up, unit processes like process of reduction was the company’s key mar- reduction, nitration and diazotization-hydrolysis, and keting strategy. This was based on the Newreka The event in Delhi last January, the third in the unit operations like crystallisation, extraction, filtra- Reduction Technology (NRT), in which proprietary series, attracted some 200 delegates from industry tion and isolation. He founded Newreka along with catalytic formulations are used in reduction. More and academe. It was addressed by Professor John Mehta, the public face of the company, whose inter- recently it has expanded to offer systems for other Warner of the Warner Babcock Institute for Green ests are in similar areas, and Vineet Shroff, whose reactions, including nitration, diazotisation-hydroly- Chemistry, who is widely regarded as one of the main areas of competence are engineering and sis, isolation, oxidation, sulphonation, acetylation and industrial mixing. The company name is a combina- The ideas behind Newreka actually go back to tion Nature’s Enthusiastic World and ‘Eureka’,
Thus, Newreka has slowly achieved recognition, conversation in a hostel room at IIT Bombay, where Archimedes’ joyous cry of scientific discovery.
culminating in the award at the GCNC symposium.
Mehta was studying under Bhadresh K. Padia, in Over the past ten years, Newreka has grown to This was based on case studies of its work in two 1998. The basic idea, Padia says, was that the chem- about 100 chemists and engineers, who have car- specific areas - the recycle of mother liquor from icals industry sees pollution as something that needs ried out some 20,000 experiments in unit process- chemical process streams and the use of its propri- to be controlled when it should rather look at the es, with a focus on recyle. Growth was an uphill etary catalysts to replace harsh with mild conditions issue in terms of ‘prevention by recycle at source’.
challenge, however, because it is very difficult for - plus its concept of the ‘enviropreneur’.
“The industry always sees effluents and their end knowledge-based start-ups, unlike software start- Mother liquor typically contains raw materials, fin- of the pipe treatment as a cost centre, when it is pos- ished product and both organic and inorganic impu- sible to transform it into a profit centre through the “Knowledge doesn’t show up on a balance sheet rities. Depending on the reaction medium, it can be ‘prevention by recycle at source’ approach. For and venture capitalists and banks are not interested in acidic (when sulphuric acid is used in nitration, dia- example, when you lose selectivity, you lose materi- things with a six-to-seven-year turnaround period.
zotisation, methylation, precipitation, etc.), neutral als in side reactions and it ends up as an effluent, Government bodies have their limitations, due to their (when water is used in reduction) or alkaline (when leaving no chance of recycling the mother liquor” bureaucratic set-up and their limited ability to deal with sodium hydroxide is used in fusion, hydrolysis, crys- high risk-oriented knowledge platforms. and hence “Even if in the laboratory you get 100% selectivity, they have shown limited interest,” Mehta admits.
The company claims that its Newreka Recycle it is important to ensure proper scale-up through Normally, the investment needed to create new Solution (NRS), which covers all of these areas, has appropriate mixing, reactor design and engineering knowledge far exceeds the business returns in the several important advantages in addition to the to have uniformity over large-volume operation. This initial stages creating financial challenges to sustain- green chemistry principles it is based on, notably: is where green engineering plays a critical role in ‘pre- ing such knowledge platforms. In the future, Mehta high selectivity leading to high quality, no need for vention by recycle at source’ at industrial scale.” believes, there is a need for finances customised to purification, the ability to customise catalyst formula- The key, he adds is ‘prevention, not control’. If the knowledge-based start-ups in the fields of environ- tion, close to theoretical yield and recovery, low cap- industry avoids the need for purification steps and ital investments, savings on cost and legislative com- does not produce effluent because it achieves a Originally, Newreka acted as a consultancy but pliance, thus freeing up room for expansion, and complete recycle at the end of the process, this is this did not work. Between 2002 and 2005, it visit- better access to markets in the developed world.
not only ‘green’ but economically sound and com- ed every Chemspec, Informex and CPhI show The first case study of the implementation of the petitive. Padia and Mehta believe that most chemi- across the world and found that potential customers NRS showcased at the GCNC symposium concerned cal processes can actually be reviewed and rein- wanted more product-based services. Now it has its the intermediate for an anti-AIDS drug made by own facility in Dombivli in the suburbs of Mumbai.
Matrix Laboratories in India. Conventionally, this is June 2008 Speciality Chemicals Magazine 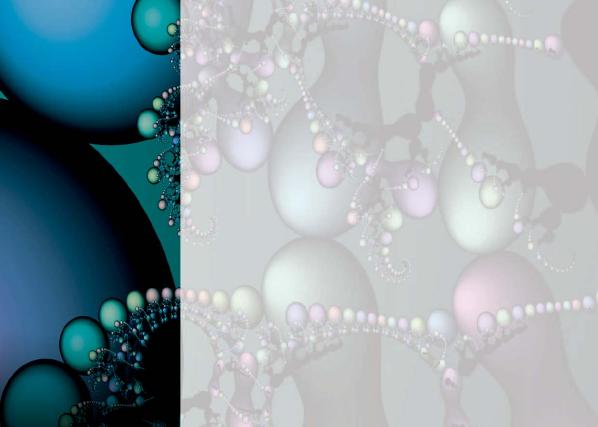 a month in Iran demonstrating how NRS could be In agrochemicals, dicholoro and tricholoro aniline there will be a green chemistry solution for every used to convert para-nitro phenol to para-amino have been the subjects of projects. Newreka has phenol, a key intermediate in Paracetamol, using a also been working with Shree Hari Chemical Newreka sees itself as a global company in the water-based process with more than 100 recycles of Exports on H-acid, a very large volume intermediate long term and the Western world is obviously the mother liquor and producing off-white and stable for brown and black dyes. In pigments, it has been next target. Mehta notes that, where India is more working with Pidilite Industries, the main producer focused on intermediates, the European and US This, Padia adds, could ultimately lead to “a com- markets are more focused on custom synthesis and plete green solution for Paracetamol”. It also serves The unit processes of H-acid, Violet 23 and manufacturing and there are close relationships as an example of where, according to Mehta, the Paracetamol, plus DASDA, Phenylephrine and between them and Big Pharma companies.
Pigment CPC, all consume sulphuric acid. It is used “The pharmaceuticals industry, creates huge “In all industries, 20% of the products create 80% in vast quantities in both the general chemicals amounts of waste, around 50-100 kg per kg of of the pollution,” he says. Converting this 20% to industry of Gujarat and Mahrashtra and in the product. It is normally difficult to get involved in this green chemistry will be more profitable, advance pharemceuticals industry around Hyderabad and area once DMFs have been filed and the process is the technology and will go furthest to reducing pol- Bangalore. Therefore, sulphuric acid is a big target hard to change. However, when patents have lution, significantly impacting the environment expired or are about to, there could be more inter- In addition, Newreka is working on next genera- est in our technology,” he concludes. “I have not For this reason, Newreka is not running small- tion nanocatalysts. Nano-iron compounds and bio- come across anyone else doing what we do, so I scale projects but is prioritising the 20 products in mimicry has huge potential according to Padia. The believe that our business model is unique.” every market by bulk. It has, in many cases, worked former are very common in nature right from amoe- on them already, generally to develop a green route ba to whales; they are, for example, the natural for every step of a four- to ten-step synthesis. magnets behind homing pigeons, Padia observes.
Examples in pharmaceuticals other than those Biomimicry - observing Nature’s own innovation to Newreka Green Synth Technologies Pvt. Ltd.
cited already include caffeine, citalopram, triclosan, develop products and processes - he sees as essen- and, perhaps most interestingly of all, sildenafil cit- tial to achieving a sustainable environmental foot- rate, the API in Viagra. Rakshit Drugs, India’s largest producer of sildenafil citrate, has imple- “We are always looking at gaps from the eco- mented the NRT in one of the steps in place of cat- nomic and the environmental point of view. The alytic hydrogenation by hydrogen gas and Raney only issue, as Professor Warner said in Delhi, is that Nickel, achieving among other things a 30% the toolbox is not yet full. We have not yet, for Tel: +91 22 2879 1835E-mail: [email protected] reduction in batch time and improved intermedi- example, worked on chlorination or bromination but we will do so and we think that in ten years’ time We are working to enhance the fine chemicals Industry AISPEC supports the industry through: AISPEC is the Italian Association ❑ Collaborating between companies and domestic/international bodies ❑ Promoting fine chemicals: new market opportunities ❑ Offering firms EU/R&D grant support: “7th Framework Program” ❑ Organizing international missions: India, China, Mexico, Brazil ❑ Providing regulations knowhow: REACH, GHS, Biocides ❑ Coordinating companies on new projects and large-sized companies, includingthe main multinational companies operating in these fields in Italy, with services and representation in the pertaining sector.