Acta chir belg, 2006, 106, 647-653
Liposuction : Review of the Techniques, Innovations and Applications
O. Heymans, P. Castus, F. X. Grandjean, D. Van Zele Department of Plastic, Reconstructive and Aesthetic Surgery, University Hospital Sart-Tilman Liège, Belgium Key words. Liposuction ; lipoplasty ; aesthetic surgery.
Abstract. Liposuction is currently the most frequently performed aesthetic operation in the world. Despite its wide-
spread popularity, it should nevertheless be stated that it is not trivial surgery, not always benign and not as safe as inti-
mated in the glossy office brochures. Since the initial description of liposuction, numerous changes have taken place.
Today, surgical indications are well defined and the liposuction procedure is well codified. However, several surgeons
and manufacturers have developed new equipment and techniques. We propose to survey all the techniques showing
the real place of each of them. Their advantages and disadvantages will be discussed. The various techniques dealt with
are : the wetting solution techniques, standard liposuction or Suction-Assisted Lipoplasty (SAL), internal Ultrasound-
Assisted Liposuction (iUAL), VASSER assisted liposuction, external Ultrasound-Assisted Liposuction (eUAL), Laser-
Assisted Liposuction (LAL), Power-Assisted Liposuction (PAL) and Vibroliposuction (VL). On the basis of this review
of the literature and of our clinical experience, we conclude that VL is the safest, most effective and precise surgery that
can be used in any of the modern indications for liposuction. We concluded that VL seems to have all the advantages
and none of the disadvantages associated with iUAL.
Introduction
Indications and Patient Selection
Liposuction is currently the most frequently performed The best results are still obtained when treating moder- aesthetic operation in the world. Despite its widespread ate localized fat deposits in a normal-weight patient popularity, it should nevertheless be stated that it is not which cannot be managed by diet and exercise (Fig. 1).
trivial surgery, not always benign and not quite as safe as At the present moment, the key to success is the capaci- intimated in the glossy office brochures. Mortality and ty of the skin to redrape on the new adipose tissue shape, morbidity related to liposuction procedures still exist in order to avoid surface irregularities and wrinkles due to skin excess. This important property has to be evalu- The first surgical procedure was performed, by DUJARRIER in 1921. He used a uterine curette to remove Although a smooth, young and tight skin is a desir- fat from the knees of a well-known ballerina, with a dis- able criterion in patient selection, patients with less elas- astrous outcome. In the 1960s SCHRUDDE removed sub- tic or older skin, skin wrinkling or multiple fine irregu- cutaneous fat deposits through stab incisions by sharp larities (cellulite) may also benefit from liposuction and curettage (3). In 1978 KESSELRING added strong suction more specifically from superficial liposuction inducing to this sharp curettage method (4). Shortly after, ILLOUZ replaced the curette by a blunt cannula inserted subcuta- Good health is a basic requirement for aesthetic body neously and connected to a vacuum pump to aspirate the contouring procedures. Failure to screen out patients fatty tissue (5). He also proposed irrigation of the sub- whose health is suboptimal is one of the important con- cutaneous space with a hypotonic saline solution in the tributing factors to serious morbidity following liposuc- belief that the fat cells would swell and rupture, but this tion. Most surgeons agree that liposuction is NOT a process has never been confirmed clinically.
weight loss technique (7). However, it can be used for In the past decade, many innovations have been made patients who far exceed ideal body weight, but the results and the anatomy and physiology of the fatty tissue have are less dramatic, although very helpful in improving the been studied in ever greater depth. Modern innovations fit of clothing in problem areas, such as the hips.
in suction lipectomy include the superwet and thetumescent wetting techniques, Ultrasound–Assisted General Aspects
Aspiration (UAL), VASSER, Laser-Assisted Lipo-suction (LAL), Power Assisted Liposuction (PAL) and Numerous changes have taken place in the original tech- nique of suction lipectomy. The original large, sharp, 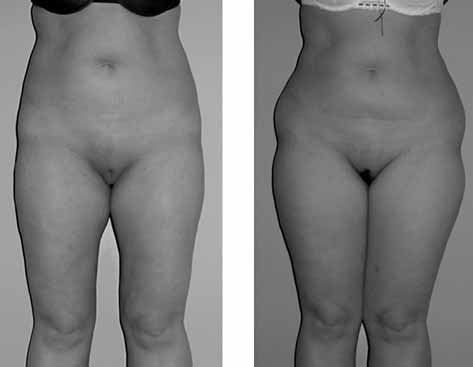 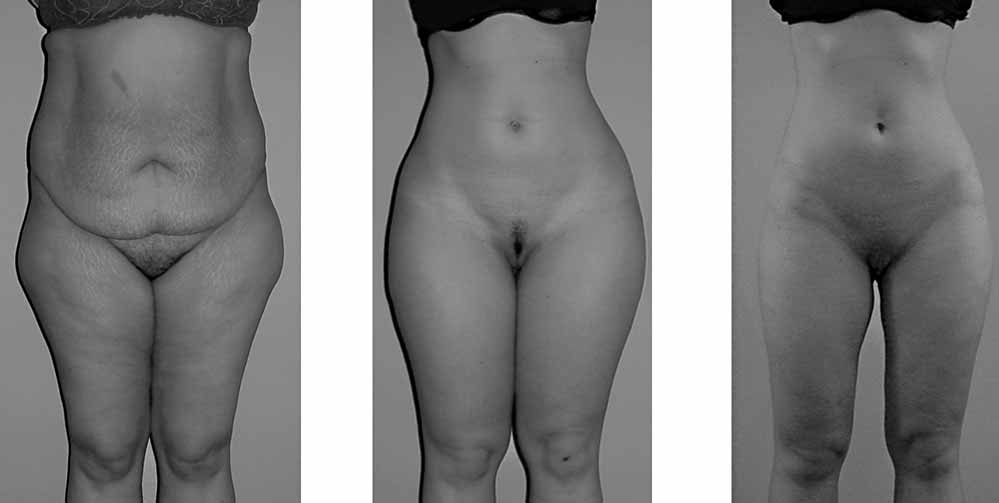 with less danger of penetration or neurovascular bundledamages. The distal aperture should be positionedbehind the tip ; this has the advantage that skin can belifted by the tip of the cannula without direct subcuta-neous fat removal. Multiple holes increase the efficien-cy of fat removal, resulting in fewer passes of the can-nula and less tissue trauma. As regards the diameter of the cannula, no single diameter suits all anatomic areas. Originally, traditionalliposuction was performed using very large cannulas(10 mm) which had to be kept in the deep fat to avoidsurface irregularities. With the advent of smaller cannu-las (2-3 mm) and different tip configurations, surgeonscan work closer to the skin without creating noticeable irregularities and perform liposuction of areas of sparsefat deposits. After superficial liposuction treatment of 2,500 patients, Gasperoni describes good aesthetic A. This is an excellent case for limited liposuction of fat results on patients with “old and less elastic skin”. A deposits located at the top of the thighs and on the hips, with skin retraction, following the superficial removal of fat excellent skin quality ; B. At 6 months post-operativesmoother curves can be observed with excellent skin retraction deposits would be responsible for these results (8).
However, most authors agree on the fact that cellulitis isnot a good indication for liposuction. As a general rule,large, deep fat deposits should be treated with large- single-hole cannulas were replaced by smaller cannulas diameter cannulas (5-6 mm), and small, superficial fat with blunt tips and multiple holes (Fig. 3). Sharp tips are deposits should be treated with small-diameter cannulas more likely to penetrate the fascia or skin, whereas a (3-4 mm). Facial suction requires cannulas of only 1.5- rounded tip permits easy movement through the tissues A. This is not a good candidate for liposuction. The skin is of poor quality, aged, hardened, striated with wrinkles and poor retrac-tion capacity ; B-C. When the patient is young, with a skin of excellent quality, an good cutaneous covering retraction can be expect-ed and significant liposuction can be carried out with no risk. 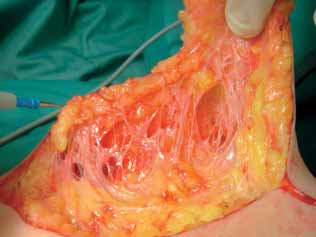 Complementary Health Practice Review 000(00)Greetings, and thank you for publishing with SAGE Publications. Your article has beencopyedited, and we have a few queries for you. Please address these queries when you send yourproof corrections to the production editor. Thank you for your time and effort. Please assist us by clarifying the following queries:Please provide complete reference details

Tinnitus, a Military Epidemic: Is Hyperbaric Oxygen Therapy the Answer? ABSTRACT Tinnitus is the phantom perception of sound in the absence of overt acoustic stimulation. Its impact on themilitary population is alarming. Annually, tinnitus is the most prevalent disability among new cases added to theVeterans Affairs numbers. Also, it is currently the most common disability from the War o