The new england journal of medicine This Journal feature begins with a case vignette highlighting a common clinical problem. Evidence supporting various strategies is then presented, followed by a review of formal guidelines, when they exist. The article ends with the author’s clinical recommendations. From the Division of Research, Department A 19-year-old woman visits her primary care provider for counseling about contracep-
tion. She became sexually active one year previously and has had a new sexual partner
munity Health, Brown University MedicalSchool and the Women and Infants Hospi- for the past three months. Her partner currently uses a condom intermittently for con-
tal, Providence, R.I. Address reprint requests traception, and she inquires about oral contraceptives. She reports no medical prob-
to Dr. Peipert at the Division of Research, lems and is in good health. Her physical examination is unremarkable. Is testing for
Women and Infants Hospital, 101 DudleySt., Providence, RI 02905, or at [email protected] Chlamydia trachomatis indicated?
Copyright 2003 Massachusetts Medical Society. Chlamydia trachomatis is the most common bacterial cause of sexually transmitted infec-tions in the United States, responsible for an estimated 3 million new infections eachyear.1,2 The cost of care for untreated chlamydial infections and their complications isestimated to exceed $2 billion annually.3 c l i n i c a l p r e s e n t a t i o n
As many as 85 to 90 percent of C. trachomatis infections in men and women are asymp-tomatic.4,5 Asymptomatic infections can persist for several months.5 Despite the fre-quent absence of symptoms, at least one third of women have local signs of infectionon examination.5 The two most commonly reported signs are mucopurulent dischargefrom the cervix and hypertrophic cervical ectopy (Fig. 1). Signs and symptoms in meninclude urethral discharge of mucopurulent or purulent material, dysuria, or urethralpruritus.
Clinical manifestations of C. trachomatis infections in women include acute urethral syndrome, urethritis, bartholinitis, cervicitis, upper genital tract infection (endometritis,salpingo-oophoritis, or pelvic inflammatory disease), perihepatitis (Fitz-Hugh–Curtissyndrome), and reactive arthritis.5 Symptoms depend on the site of infection. Infectionof the urethra and lower genital tract may cause dysuria, abnormal vaginal discharge,or postcoital bleeding, whereas infection of the upper genital tract (e.g., endometritisor salpingitis) may be manifested as irregular uterine bleeding and abdominal or pelvicdiscomfort.
In women, untreated chlamydial infection can lead to severe reproductive complica- tions. C. trachomatis is an important causal agent in pelvic inflammatory disease, withsequelae including infertility, ectopic pregnancy, and chronic pelvic pain.6 Up to twothirds of cases of tubal-factor infertility and one third of cases of ectopic pregnancy maybe attributable to C. trachomatis infection.7 Chlamydial infection during pregnancy isassociated with a number of adverse outcomes of pregnancy including preterm labor,premature rupture of the membranes, low birth weight, neonatal death, and postpartumendometritis.8,9 Chlamydial infection during pregnancy may be transmitted to the infant during de- Downloaded from www.nejm.org on November 30, 2010. For personal use only. No other uses without permission. Copyright 2003 Massachusetts Medical Society. All rights reserved. 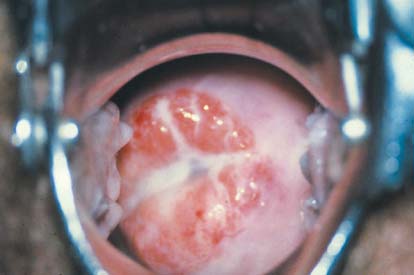 Preventing illness Infections are common in children and often lead to il ness. At home, children are reasonably wel protected from infectious diseases because they don’t come in contact with many people. The adults they meet are general y immune to many childhood il nesses because they had them as children or they have been vaccinated. Because of this immunity, adults cannot transmit th