The no red face formula 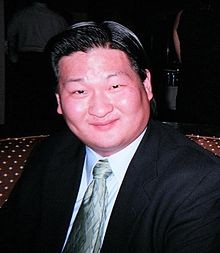 Instantly end your symptoms of allergy to alcohol
Bright red face characteristic of Asian Glow Home remedy to stop
Asian Glow, Asian Blush, Asian Flush
symptoms including:
-hives or red patches on parts of the body Table of Contents
What is Asian Glow or Asian Blush?
A condition in which the face and/or body experiences flushes or blotches, due to an
accumulation of acetaldehyde. There are other symptoms as well such as intense
congestion, headache, nausea, a bloating sensation. The acetaldehyde accumulation can
be caused by a missense polymorphism that encodes the enzyme, acetaldehyde
Dehydrogenase (ALDH2), normally responsible for breaking down acetaldehyde, a
product of the metabolism of alcohol. The acetaldehyde accumulation can also be
caused by a polymorphism in the gene encoding the ADH1B enzyme, increasing
production of acetaldehyde by more rapid metabolism of alcohol. Flushing, or blushing,
is associated with the Erythema (reddening caused by dilation of capillaries) of the face,
neck, shoulder, and in some cases, the entire body after consumption of alcohol.
These symptoms are undesirable for the sufferer because they are uncomfortable and the bright red face can be embarrassing when drinking in social situations. More seriously research has shown that a history of facial flushing when drinking is indicative of ALDH2 deficiency, and that an ALDH2-deficient drinker who drinks 2 beers per day has 6 to 10 times the risk of developing esophageal cancer as a drinker not deficient in the enzyme.
What are the symptoms of allergy to alcohol or Asian Glow?
The most common symptoms of Asian Glow that occur after the consumption of
alcohol include red face, red patches or hives on the legs, arms, shoulders, or chest, a
strong sensation of congestion, an overall feeling of bloating like someone has over
inflated you and you are about to burst, wheezing, nausea, headache, and in extreme
cases vomiting. A sufferer of Asian Flush may also awaken the next day with a
hangover that seems way too intense relative to the amount of alcohol consumed the
night before.
Can you develop an allergy to alcohol later in life?
The simple and quick answer is yes. However if you have been able to drink alcohol
without the allergic reactions [also referred to as Asian Glow, Asian Blush, or Asian
Flush] then chances are this is your body telling you it is time to quit drinking
altogether and permanently! What is most likely happening in this scenario is that
repeated over use and abuse of alcohol is causing your body to break down. Your liver
may be shutting down. If you enjoy drinking alcohol then I know this is not the answer
you want to hear. If the reason for your allergic symptoms when drinking are related to
an enzyme deficiency as described in the question then using the
ill stop your symptoms.
I have heard the symptoms of Asian Blush can be treated with Zantac or Pepcid
AC. Is this true?
Pepcid AC or Zantac CAN help with the symptoms of your allergy to alcohol however this remedy is effective in some and not others. In addition even for people who this remedy is effective for sometimes it works and sometimes it does not. Zantac or Pepcid AC to treat Asian Glow may be better than nothing but not a viable long term and reliable solution to the symptoms. The other downside to this treatment method is taking these antacids to combat the symptoms of Asian Glow have been shown to increase blood alcohol levels which basically mean you could get a lot drunker a lot more quickly.
iminate a hangover the next day?
Yes. The No Red Face Formula will either reduce your hangover or in some people completely eliminate a hangover the next day. Some people use ttrictly for this purpose however this remedy was not designed for this purpose.